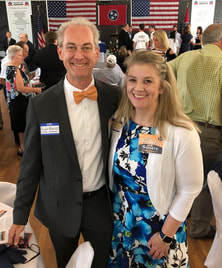 I experienced serious health issues as a result of a car accident that happened on September 22, 2000. It was our son’s 3rd birthday, our kids were 3, 5, 7 and 9 at the time of the accident. My vehicle got t-boned on the driver's side by a college student who lost control of her car on a wet road. I had just enough time to recognize I was going to get hit, close my eyes and hold on. She knocked my van three feet off the road.

I was holding on so tightly to my steering wheel that the impact ripped the muscles and ligaments that attach to the thoracic area of my spine. The result was permanent nerve damage and constant severe pain. I pursued every treatment option available over the first 13 years. I went through years of physical therapy and scores of surgical procedures.

I even had Botox injected into my thoracic muscles in 2013. Botox is extremely experimental to use like that! That was an awful experience, paralyzing the wrong muscles. Instead of calming my constant thoracic muscle spasms, it magnified the spasms so much it looked like someone was hitting me with an invisible baseball bat for three months. We refer to that event as the “Botox incident of 2013.” It ended my search for experimental treatments. I have learned things can always be worse!

I had a great doctor until my state changed pain management laws in 2015. It took 7 months to find another doctor. Around the same time, in early 2016, the CDC released their deeply flawed guidelines for prescribing opioids. The guidelines were developed in secret without input from anyone who actually treated severe permanent pain. These guidelines have been used as a weapon of mass destruction against patients who live with pain and doctors who treat pain. The fallout from an atomic bomb would have been easier to clean up than the devastation caused by the CDC and well meaning politicians.

My new doctor wasn’t happy that I refused all invasive procedures. I have had an absurd number of surgical procedures on my spine since the accident, about 60. Medication management was my best option and he didn’t like it. He thought the amount of medicine I required made him look bad to government agencies. He mentioned it every time I saw him.

Fear makes you do terrible things. My doctor feared the government. I refused surgery for an implantable device due to the known high failure rate and he dropped me. It is just too much of a hassle to treat patients with complex issues. My last appointment was in February 2018.

It took a full fifteen months to recover from my doctor dropping me. I cannot overstate the shear hell of what I went through. You’ll be amazed at what you’ll consider doing when you reach the end of yourself. Suicide or illegal treatment were the only options available to me after my doctor dropped me. It took a few months, but I did finally reach the point where I would consider ALL available treatment options.

Surprisingly, I did find an option that works well. It is, in fact, the most effective treatment I’ve ever used! I have felt good since Memorial Day 2019. It took 18 years, 8 months and 5 days to find a treatment that works well for me and I had to find it on my own.

I've lost faith in the medical community. The war on opioids is only driving patients to seek illegal treatment or suicide. The only remaining option is to go back to severe suffering. To put this situation into prospective, this is the equivalent of asking a holocaust survivor to go back to the concentration camp after being liberated. Going back to a life consumed with severe suffering is not an option for those who have experienced it.

My eyes have been opened to the flaws in our medical system. I am dismayed at the treatment of chronic pain patients! It is inexcusable to force people into a position where they have to choose between illegal treatment or death. It should not be necessary to break the law or leave the state for relief!

There is incredible freedom knowing I no longer have to rely on the modern medical machine for relief! Pain patients are currently being torn to pieces in that machine. It is government sanctioned torture, I’m thrilled to be free of it!

I have been advocating for treatment options at our state level for the last three years. Now I am working to change policy at the federal level, too. It is time to make changes to our healthcare system.

Don’t take good heath for granted! Everyday is a bonus day!
​
Click the sign to donate to my campaign for Tennessee Senate for District 7: 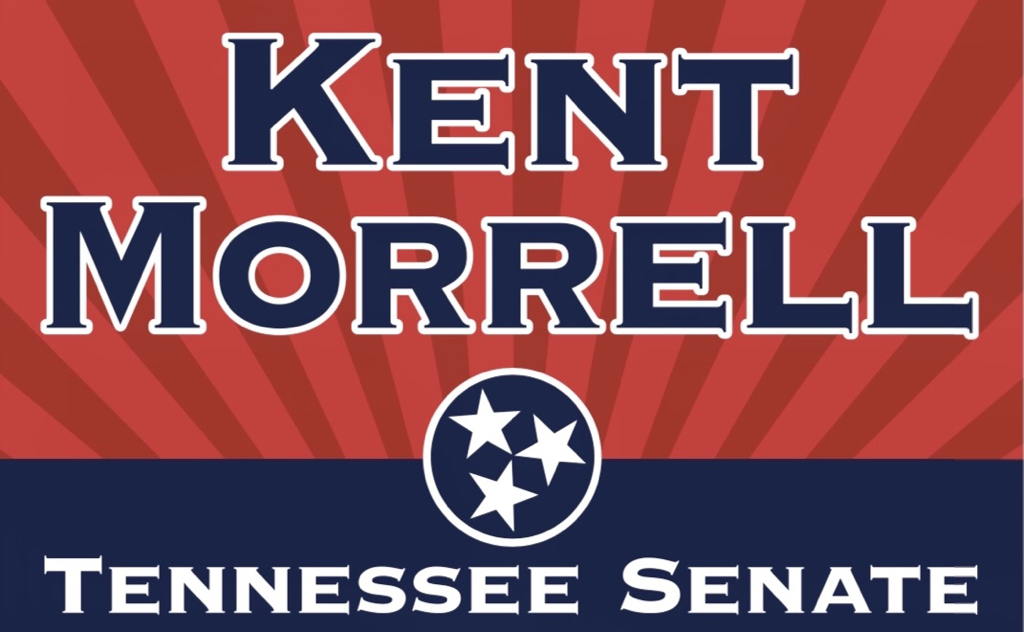 In December 1775, "An American Guesser" anonymously wrote to the Pennsylvania Journal:

"I observed on one of the drums belonging to the marines now raising, there was painted a Rattle-Snake, with this modest motto under it, 'Don't tread on me.' As I know it is the custom to have some device on the arms of every country, I supposed this may have been intended for the arms of America."

This anonymous writer, having "nothing to do with public affairs" and "in order to divert an idle hour," speculated on why a snake might be chosen as a symbol for America.

First, it occurred to him that "the Rattle-Snake is found in no other quarter of the world besides America."

​The rattlesnake also has sharp eyes, and "may therefore be esteemed an emblem of vigilance." Furthermore,

"She never begins an attack, nor, when once engaged, ever surrenders: She is therefore an emblem of magnanimity and true courage. ... she never wounds 'till she has generously given notice, even to her enemy, and cautioned him against the danger of treading on her."

"I confess I was wholly at a loss what to make of the rattles, 'till I went back and counted them and found them just thirteen, exactly the number of the Colonies united in America; and I recollected too that this was the only part of the Snake which increased in numbers. ...

"'Tis curious and amazing to observe how distinct and independent of each other the rattles of this animal are, and yet how firmly they are united together, so as never to be separated but by breaking them to pieces. One of those rattles singly, is incapable of producing sound, but the ringing of thirteen together, is sufficient to alarm the boldest man living."

Many scholars now agree that this "American Guesser" was Benjamin Franklin. 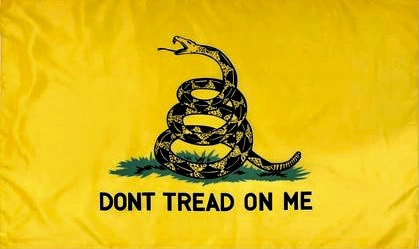